History of the Freehold Township Schools 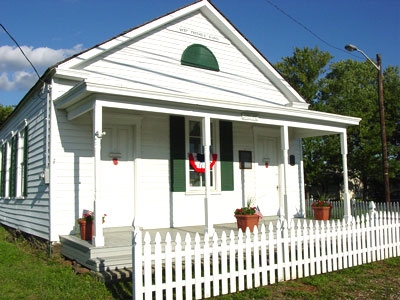 The West Freehold School first opened its doors to students on September 8, 1936. The school started with eight classrooms dedicated to grades "Beginner" through "Eight." The opening enrollment was 308 students. The school served the expanding community for the next 25 years.

As the population continued to swell, schools were built in other areas of Freehold Township. The West Freehold School and the Burlington Road School could no longer serve the increasing pupil population.

In September, 1999, all seven schools opened their doors with new cafeterias, gymnasiums and classrooms. Technological additions were also implemented in the classrooms to welcome the 21st century.

In September 2004, the district opened a new elementary school building to house the expanded population. Upgrades and additions have also been completed in each of the district schools. All day kindergarten classes were added to all existing elementary buildings. These additions will equip students with the tools needed to prepare for their future and will maintain Freehold Township Schools’ reputation for excellence.

More information about the history of education in Freehold Township can be found on The Township of Freehold website.